BLOG
You are here: Home1 / BLOG2 / Uncategorized3 / Fergus’s Favourites – Trips around the West could be much ... 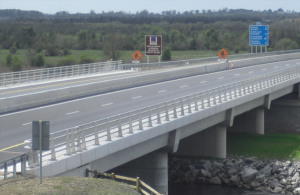 Irish Government are set to consider a new plan for a €600 million ring road to be built around Galway city.

As reported by The Irish Times, a memo has stated that the proposed ring road will “reduce congestion in the city by segregating cross-city traffic from urban traffic.”

The proposed route of this new ring road involves a new bridge and viaduct over the River Corrib and two short tunnels to be built on on the city’s east side.

Want to join the discussion?
Feel free to contribute!

Hi! Click one of our member below to chat on Whatsapp

WhatsApp Chat is free, download and try it now here!